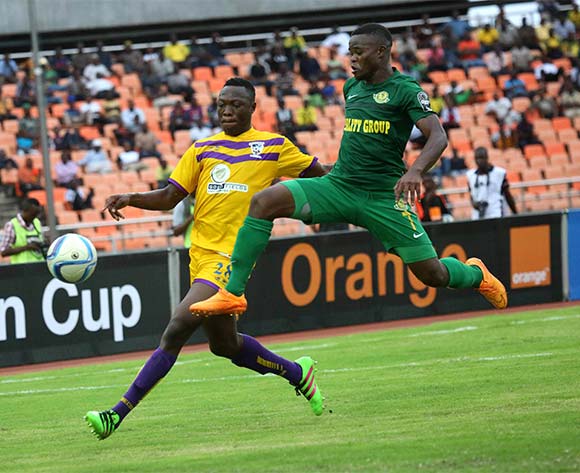 Obrey Chirwa (R), of Yanga fights for the ball with Saluf Moro of Medeama during the CAF Confederation Cup football match between Young Africans and Medeama at the National Stadium in Dar es Salaam, Tanzania on 16 July 2016 ©BackpagePix

In the wake of their 1-1 draw against Medeama Sporting Club, Young Africans coach Hans Van Der Pluijm has lamented poor finishing from his strikers.

Yanga faced Medeama on Saturday in a CAF Confederation Cup Group A tie at home and the Dutch mentor couldn't hide his disappointment.

Quoted by the Daily News website of Tanzania, Pluijm said despite failing to convert their chances, they must keep fighting hard.

“We wasted so many scoring chances and that was the main reason we couldn’t win this match,” Pluijm is quoted as saying.

“The strikers decided the result, had they utilised the chances we could be telling a different story, Tambwe (Amissi) had chances, it’s the same with (Obrey) Chirwa and (Donald) Ngoma as well.

“We must keep fighting and try to win the remaining games and see if that will take us through. We cannot lose hope after these past results, everything is possible.”

The draw means Yanga remain rooted to the bottom of the table with one point after three games following losses against Algeria's MO Bejaia and DR Congo's TP Mazembe.

Meanwhile, their next match is scheduled to be staged in Sekondi, Ghana on Tuesday July 26, and they will be eager to rectify their errors in front of goal.