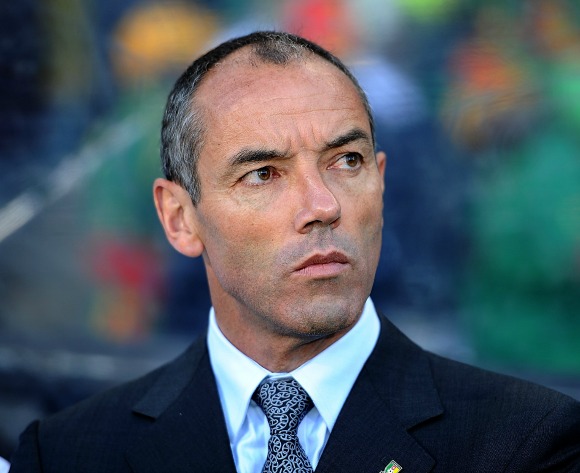 Nigeria have appointed Frenchman Paul Le Guen to lead the country’s qualifying campaign for the 2018 World Cup, where they are drawn in a difficult group along with Africa’s top team Algeria, Cameroon and Zambia.

Former Cameroon coach Le Guen was considered ahead of the Belgian Tom Sainfiet and Salisu Yusuf, who has been the country’s caretaker coach since May.

“Paul Le Guen has been appointed Nigeria new coach and he will be assisted by Yusuf and Imma Amakapabo of Enugu Rangers,” announced NFF technical committee member Paul Bassey.

The Frenchman qualified Cameroon to the 2010 World Cup and has handled top French clubs Lyon, Paris Saint-Germain, Rangers of Scotland with his last job being with Oman, who fired him in November 2015 after a rather difficult start to the qualifying tournament for the 2018 World Cup.

The 52-year-old Le Guen has for several months been linked with the top Nigeria post after Sunday Oliseh walked out on the Super Eagles in February following what the former Nigeria skipper claimed were several breaches to his contract and it included the non-payment of his salaries for several months.

Broke Nigeria Football Federation (NFF) have assured of the regular payment of the new coach’s salary believed to be about $50,000 a month as it will be covered by a company after the government said it will not bankroll it.

The immediate task for  Le Guen, who led Lyon to three French league championships between 2002 and 2005, is to qualify the Super Eagles to a sixth World Cup with the qualifiers beginning in October with a tricky visit to Zambia.

The coach takes over a team short on confidence and public support after in March they failed to qualify for a second straight Africa Cup of Nations.

The three-time African champions are now 70th in the FIFA rankings and a disappointing 17th in Africa.