NFF announce why negotiations with Le Guen broke down 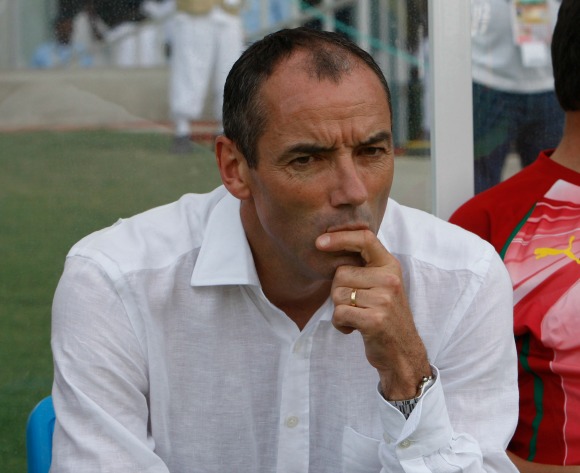 The Nigeria Football Federation (NFF) have said final negotiations with Paul Le Guen over the country’s top coaching post broke down after the Frenchman insisted he did not wish to live in Nigeria and objected to a target being set for him.

“During final negotiations, he objected to being given a target and also did not wish to live in Nigeria, which was a sore point with the (NFF) board,” said NFF executive committee member Suleiman Yahaya-Kwande

“The job of head coach of Nigeria is a very big one and there is no way anyone will get such a job without being handed a target.

“There is absolutely no issue with Le Guen saying he is not coming; several highly –qualified persons would be happy to be named Manager of the Senior National Team of Nigeria.”

Yahaya-Kwande said the NFF have a plan in place to still fill the vacant Super Eagles post.

“We have a plan to take care of that eventuality (Le Guen’s unavailability),” he assured.

The NFF further maintained that Le Guen had not yet been appointed as he was only recommended by the technical committee to be appointed the country’s new coach and so he could not be said to have rejected the job.