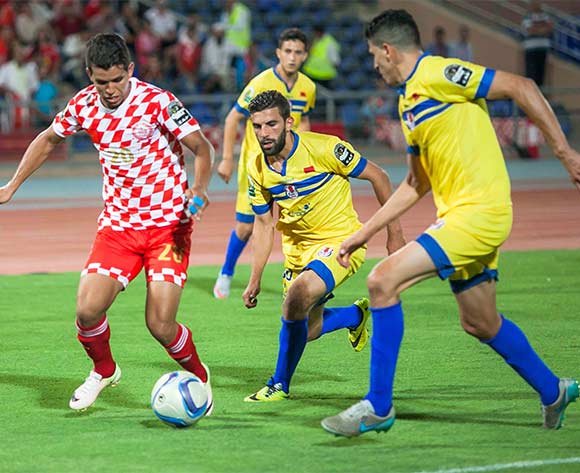 Moroccan sides FUS Rabat and Kawkab Marrakech will battle for ascendancy in Group B of the CAF Confederation Cup at Stade de FUS in Rabat on Wednesday evening.

Rabat are the only unbeaten team in the group thus far, with their 3-1 win away to Marrakech on July 15 putting them in the driving seat as they look to secure a semifinal spot.

Fath Union Sport secured the victory in the Moroccan derby thanks to goals from Youssef El Gnaoui, Abdessalam Benjelloun and Mohamed Fouzair, while Mohamed El Fakih replied for Kawkab.

The result sees FUS top of the log on seven points and Marrakech just behind on six points. Confed Cup champions Etoile du Sahel hover ominously in third place on four points and will fancy their chances of moving to seven when they face point-less Al Ahly Tripoli in the group’s other match on Tuesday.

FUS’s only home match thus far saw them defeat Al Ahly 1-0, while Kawkab’s only away trip ended in a 2-1 win in Tunis against the same Libyan opposition.

Sudanese referee El Fadil Mohamed will take charge of the match in Rabat on Wednesday.