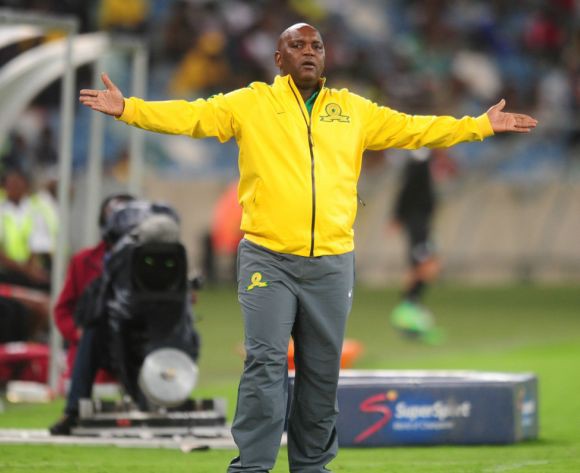 Mamelodi Sundowns head coach Pitso Mosimane has revealed that he expected to see more determination and 'fight' from Mogakolodi Ngele.

Ngele completed his move to Bidvest Wits on Sunday, with Cuthbert Malajila joining him at the Clever Boys in a move that saw Sibusiso Vilakazi head in the opposite direction.

The Botswana international failed to find his feet following a move from Platinum Stars last year, resulting in him handing in a transfer request in search of more game time.

Sundowns granted him his wish as they landed Vilakazi; a player they had been chasing for over a year.

"Tsotso [Ngele] did not have enough chance to play, first he had his injuries," said Mosimane. "Secondly, he is more of a number 10, not a number nine. It was not easy because the team was winning and scoring.

"He could have fought a little bit more, I am disappointed he is gone because for me - as a coach - it is as if I failed to get the best out of him.

Mosimane believes the best is yet to come from the former Dikwena ace, and admits he was surprised that the attacker wanted to leave Chloorkop.

"At Platinum Stars he showed how good he is so it is as if I failed to get the best out of him, but this thing is mutual," Mosimane continued.

In a perfect world for Mosimane, the 25-year-old would have followed in the footsteps of Tiyani Mabunda or Wayne Arendse - players who battled their way into the first team.

"I thought he would be here and maybe he could be like Mabunda or Wayne Arendse.

"I had to respect his decision," Mosimane concluded.