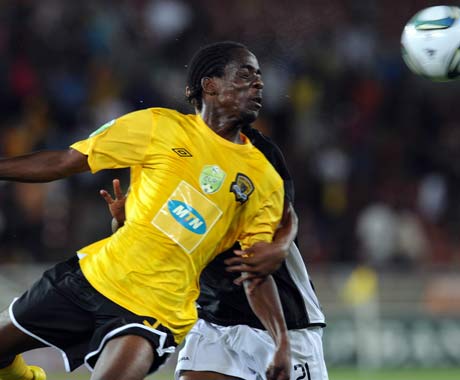 Latest information surrounding the future of ex-Black Leopards defender ,Harry Nyirenda, is that he has joined BE Forward Wanderers.

The Nyasa Times website has it in good authority that the former Flames international was unveiled on Monday, with the club expressing delight in signing their new player.

Speaking to the publication, general secretary Mike Butao said they were impressed with his services despite not revealing the length of the contract.

“We are pleased to announce that Wanderers has signed Nyirenda. We are happy and impressed with his services,” said Butao.

On the other hand, the former Lidoda Duvha centre back- in the South African National First Division - added that he is happy for the opportunity.

“Wanderers is a big club and l am happy to be part of this family. I was warmly welcomed by the fans, fellow players and the technical panel,” adds Nyirenda.

“I will give my best to help the team, I hope l can use my experience in helping the club to fulfil its ambition.”

Elijah Kananji described Nyirenda as one of the most skillful and experienced defenders in the country.

“He is a good player and I am looking forward to working with him. His passes are perfect and he is also a hard worker,” claims Kananji.

The Nomads have been busy in the market having signed the likes of Ernest Tambe, Rafiq Namwera, Peter Wadabwa, Amos Bello,Genki Nakamula and they also welcomed back Foster Namwera and Richard Chipuwa from Mozambique.