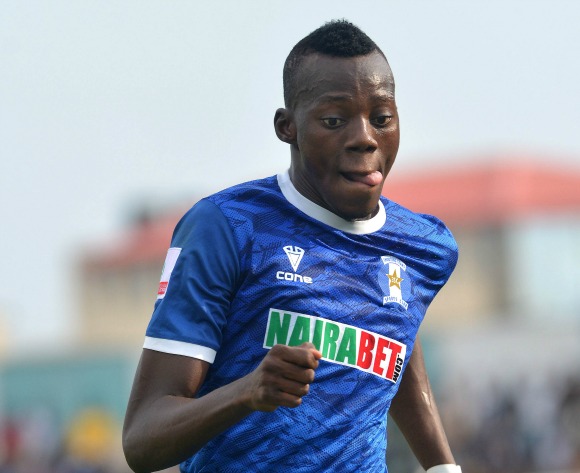 Shooting Stars striker Sunday Adetunji is the AfricanFootball.com Nigeria league Player of Week 28 after he netted his second brace of the season against Niger Tornadoes at the weekend.

Adetunji’s double were well taken and he has now scored a total of six goals this season.

The tall centre-forward is intelligent, has a good touch and his goals will again be crucial for the survival of Shooting Stars this season.

The former El Kanemi Warriors striker was picked ahead of Abdulrahman Bashir of Nasarawa United, who was on target at Ikorodu United; Ibrahim Alhassan aka ‘Muazam’, whose television goal inspired Wikki Tourists to return to the top of the league table and King Osanga, who was the man of the match as Warri Wolves fought back to beat Akwa United 3-1 at home.