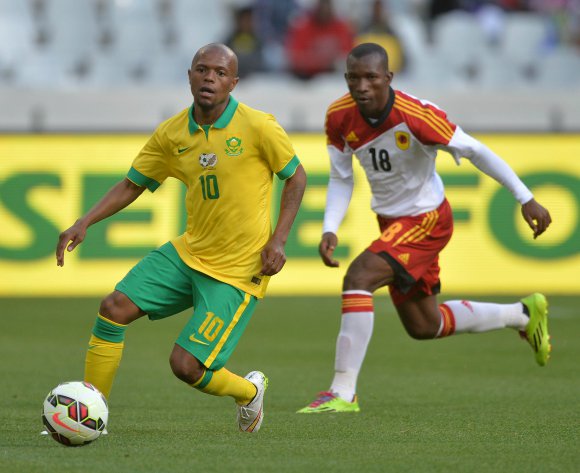 Bafana Bafana ace Thulani Serero could be playing for a new club next season, this after Ajax Amsterdam ordered the midfielder to train with the club's reserves.

Serero has also not been given a jersey number as he faces an uncertain future with the Dutch Eredivisie side.

Peter Bosz, who took over from Frank de Boer as head coach of Ajax in May, is said to be unhappy with club's decision not to hand Serero a jersey number - which essentially means that the club are planing to part ways the 26-year-old.

“Was this my choice? No, I got a list [of first team players] of Ajax,” he said. “What is the reason for it, I cannot answer as a coach. That's up to the club," Bosz is quoted as saying by Kick-Off.com.

Reports in the Dutch media suggest that he club are eager to offload the South African international, with Serero in the past having attracted interest from Italian giants AC Milan.

Serero, who has won three Dutch League titles with the capital club, has made 121 appearances across all competitions scoring 10 goals.

Injury, though, has plagued his progress with the midfielder currently nursing a knee problem.