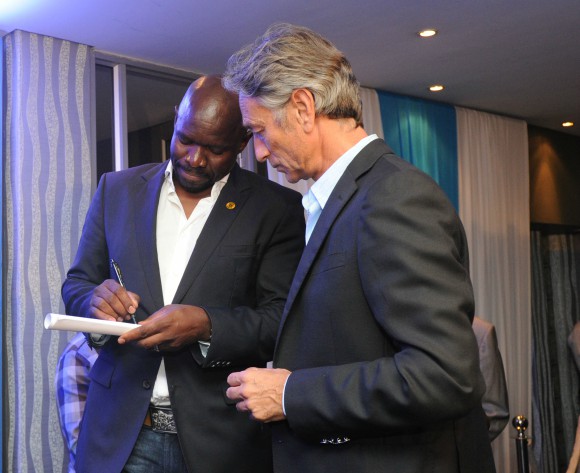 The Carling Black Label Cup, which has become South Africa’s de-facto curtain raiser ahead of a new season in recent years, will have its sixth edition on Saturday afternoon when Soweto giants Kaizer Chiefs and Orlando Pirates meet at the FNB Stadium.

The annual pre-season fixture has both its positive and negative points. While it provides fans with a unique opportunity to select the starting line-up of their team via a voting mechanism run by the sponsors, it has unfortunately also served to cheapen what was once a great rivalry but has now become a fixture which takes place all too regularly.

The starting line-ups for each team – as voted for by the supporters – have been confirmed (you can see them at the bottom of this article) and its all systems go for the match on Saturday. The previous five editions of the CBLC have seen four matches end in draws (all were won on penalties by Pirates), while the only outright win went the way of Chiefs in 2013.

"There is no friendly match between Kaizer Chiefs and Orlando Pirates,” said Amakhosi coach Steve Komphela ahead of the clash.

"Both teams are under pressure, I still have to speak to Muhsin (Ertugral, Pirates’ coach] in Turkish and ask him how he feels. If he wants to know more. He can't even ask me because he has been here [coach of Chiefs] before. Both of us are under pressure.

"We are heading into the new season, there is heightened expectation, anxiety, there is pressure always. You just have to get used to pressure."

Erturgal, meanwhile, said he is satisfied with the line-up selected by ‘The Ghost’: "The fans' player selection for Saturday is good. I would have made one change, but the selection is actually good.

"I'm going to bring a football philosophy. We will find a good pattern to play attractive football and use it to win game.