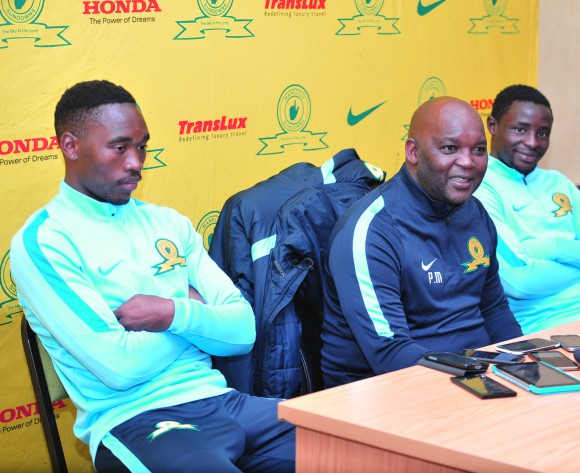 Mamelodi Sundowns head coach Pitso Mosimane has revealed that the club are closing in on a 'top player'.

The Brazilians head coach is eager to add at least two more singing to his squad before the South African transfer window shuts close at the end of August.

Sundowns earlier this week officially unveiled three new signings; Lucky Mohomi (from Free State Stars), Sibusiso Vilakazi (from Bidvest Wits) and Ricardo Nascimento who was plying his trade in the Portuguese first division for the past few seasons.

Mosimane hopes to add at least two more player's to his squad in the coming weeks, including a playmaker.

"There is another player who is coming in, he can play as a 10 or as a nine, a top player," said the former Bafana Bafana head coach.

"I can't talk about players that belong to another team.

Anele Ngcongca and Steven Pienaar have been linked with the Brazilians this past month and Mosimane has admitted that the club are interested in both players.

"Anele would like to come to us, we will see," Mosimane continued.

"As for Steven, I don't know, Pienaar is a good player, but he is still thinking.

"Pienaar can retire also, but it would be good to have him...we will see," Mosimane concluded.