Ex-Eagles skipper Eguavoen wonders if Nigeria worth dying for 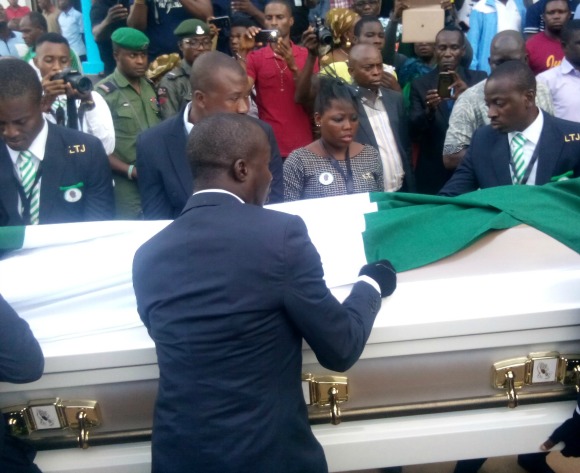 Ex-Nigeria skipper Austin Eguavoen has wondered if the country is worth dying for after top federal government officials stayed away from the final burial rites of former Nigeria skipper and coach Stephen Keshi.

Keshi made history when he became only the second man to win the AFCON both as player and coach three years ago.

He died in Benin City on June 8.

“I am not shocked by the way the government has treated this event,” said a disappointed Eguavoen.

“For instance, most of us have yet to get the houses the government promised us when we won the Nations Cup in 1994.

“You are only energized when you have been looked after.

“One keeps wondering if Nigeria is worth fighting for or even dying for?”

Keshi’s son Femi was even more damning about the failed promise of a state burial for his father.

“The federal government did not deliver on the promises they made to us as regards our father’s burial,” said Keshi junior.

A committee set up by the government for a befitting burial for Keshi had budgeted 30 million Naira.