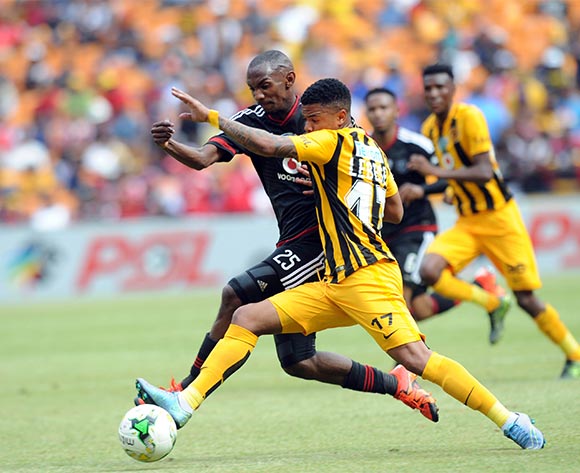 Kaizer Chiefs winger George Lebese is looking forward to the 2016 Carling Black Label Cup and believes victory will set them on course for what he hopes will be a memorable season.

The Amakhosi face fierce rivals Orlando Pirates on Saturday afternoon in what is the annual Premier Soccer League opener. For both team the clash is of significant importance this year as neither managed to win silverware last season.

KAIZER CHIEFS JOB HAS MADE STEVE KOMPHELA ADDICTED TO PRESSURE

Both Chiefs and the Buccaneers failed to win a title in the previous campaign, despite contesting four separate finals between them.

"It is a very important game for us as players; to win a trophy, to start the season on a good note and to make the supporters happy," said Lebese.

"At the end of the day we are playing our biggest rivals, to have a trophy so early in the season...it is an opportunity for us to make our fans happy.

"We are looking forward to winning games, winning more game than last season.

The 27-year-old revealed that Komphela has instilled a new way of playing in the off-season with the Glamour Boys eager to surprise Pirates.

“The new system is a secret," Lebese continued. "But we are looking to play in a different way that is more exciting. We have a different approach and different tactics.

“We want to surprise our opponents.

“We had a look at where we went wrong - losing games last season - and this new style will help us win more games,” Lebese concluded.

Chiefs, who could only manage 11 wins in 30 league games last season, boast a poor record in the Calring Black Label Cup; with one victory in five fixtures.