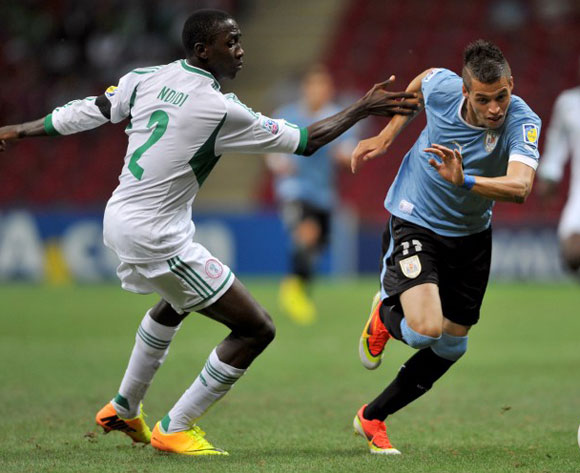 German Bundesliga club Hamburg have returned for Nigeria midfielder Wilfred Ndidi, who has now been valued at eight million Euros by his Belgian club Genk.

As first reported by AfricanFootball.com, Hamburg first tabled a bid of six million Euros for the defender-turned-defensive-midfielder in January which Genk rejected.

Premier League club Watford have also enquired about Ndidi, whose super strike against eventual champions Club Brugge was voted as the best in the league in Belgium last season.

Interestingly, the 19-year-old player from Nath Boys of Lagos cost the Belgian club a mere 200,000 Euros when they bought him in January 2015.

This week Genk blocked the Nigeria star from featuring at next month’s Rio Olympics and this may well be the turning point in the possible transfer of the player during this transfer window.

Genk have insisted he is not for sale, but in a recent interview with a Belgian football magazine regarding the possible transfer, the player stated that he will work with the advice of his advisors on this issue.