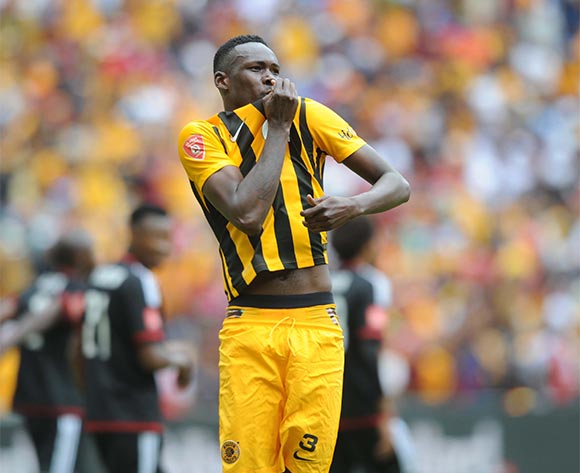 It was just the second time the Amakhosi have emerged victorious in the annual preseason exhibition game and their goals came via defender Erick Mathoho and debutant Lewis Macha in the second half.

Both coaches stated in the build-up to the match that there’s ‘no such thing as a friendly between Chiefs and Pirates’, but for the first half hour this encounter had all the hallmarks of a non-competitive match: slow paced, low intensity and all the usual rustiness of teams still very much in preseason.

However, after the 30 minute mark the intensity picked up, with Chiefs looking the more dangerous team. They almost forced an own goal from Happy Jele – who seemed to know little about a defensive header which flashed wide of his own posts – before Hendrick Ekstein was unable to force the ball home from close range after a good cutback from the byline by Bernard Parker.

Pirates’ only shot in target in the first half arrived on 39 minutes via the boot of Mpho Makola, but it was easily dealt with by Itumeleng Khune. Muhsin Ertugral’s Buccaneers struggled to get their passing game going thanks to Chiefs’ relentless pressing, and they were almost punished a few minutes before the break when Parker acrobatically volleyed wide.

Chiefs continued to look the better team in the early minutes of the second half, with William Twala shooting just wide before Ekstein was denied by goalkeeper Brighton Mhlongo. The supporter substitutions followed soon after, with Ramahlwe Mphahlele and Luvoyo Memela entering the game around 10 minutes after the break.

The Amakhosi deservedly broke the deadlock on 58 minutes. The excellent Parker almost scored himself with a shot from the edge of the box which hit the crossbar, but defender Erick Mathoho reacted quickly to the rebound and provided a classy volleyed finish to put his side into the lead.

Pirates nearly equalised on 74 minutes when a low cross from Thabo Matlaba somehow found its way to Tendai Ndoro in the middle of the box, but the striker’s low shot on goal was somewhat miscued and allowed Khune to make a fine low save to his left.

Seven minutes later Mathoho turned from scorer to saviour when he cleared substitute Bernard Morrison’s goal-bound shot off the line, with Khune having palmed away a dangerous cross by another lively Bucs substitute in the shape of Riyaad Norodien.

Bucs threw men forward in the dying minutes in search of an equaliser and they were hit by a second goal deep in injury time, with the energetic Twala picking out debutant Lewis Macha with a fine cross from the right. The Zambian converted with a well-placed header to make it 2-0 and seal the deal for Amakhosi.