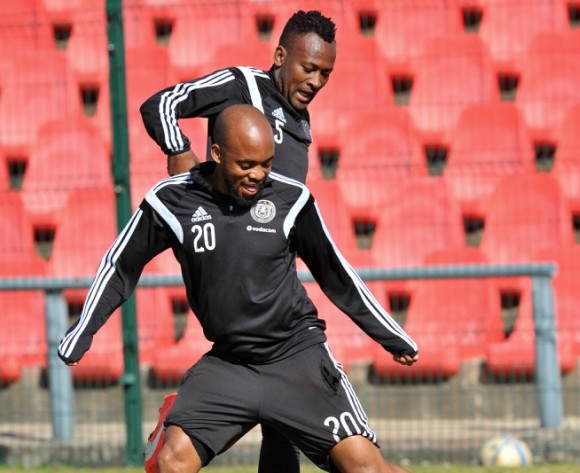 Orlando Pirates head coach Muhsin Ertuğral has revealed that he intends to play new signing Abbubaker Mobara in midfield, and not in his preferred position of centre back.

MUHSIN ERTUĞRAL: THERE IS STILL A LOT TO LEARN

The Buccaneers suffered a 2-0 defeat to fierce rivals Kaizer Chiefs in the 2016 Carling Black Label Cup this past Saturday. Mobara missed the clash as he is currently on national under-23 duty at the Rio Olympics in Brazil.

Ertuğral is excited to see how the former Ajax Cape Town star functions in midfield alongside experienced heads; Mpho Makola and Oupa Manyisa.

“Mobara is one of the players we can't wait to have him in the team,” Ertuğral said.

“He will be playing in the midfield, not in defence when he returns from the U-23's. We will have a good combination between him, Oupa and Mpho Makola and I think they will function very well together.”

Ertuğral previously worked with the 22-year-old in Cape Town and promoted him to the Urban Warriors' first team a couple of seasons back.

“I promoted him to the first team at Ajax and he was playing as a midfielder. I think he has about 10 years of youth development which is one of the highest in South Africa,” Ertuğral continued.

“He didn't come from primary school to university so he is a proper educated player.

“Sometimes he was wasted when he was used as a right wing-back. At centre-back I think he has his challenges and he likes to play in midfield.

“He wins balls and I think he will be very vital for us to have a player like him in the midfield because that's where he played and was very happy at Ajax," Ertuğral concluded.

South Africa face hosts Brazil in their opening game of the tournament this Thursday, 4th of August.