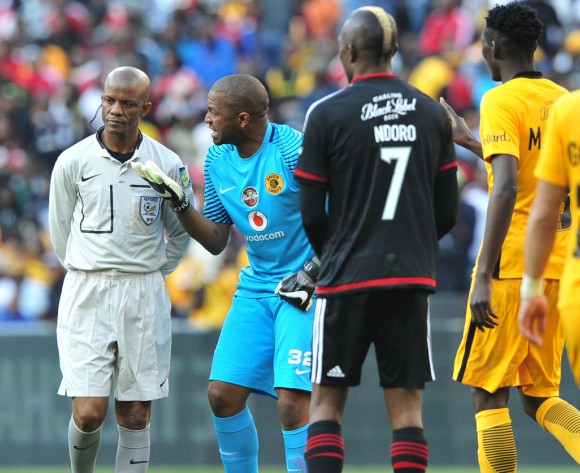 Experienced Premier Soccer League referee Zolile Mthetho has decided to hang up his whistle in favour of a job as a referee's instructor.

The Eastern Cape-born teacher took charge of of his last match during the Carling Black Label Cup between Kaizer Chiefs and Orlando Pirates this past Saturday.

Mthetho officiated in the Soweto derby and a few hours later he announced his retirement, but will now work with the South African Football Association to develop referees.

The Sowetan website quotes the 46-year-old who revealed that he was supposed to retire at the end of the 2016/17 PSL season.

Mthetho said being in charge of the Nedbank Cup final on three consecutive occasions was a highlight of his career.

“It was so hard to let go because I was supposed to leave at the end of the new season," Mthetho told the Sowetan,

"I was so emotional before, during and after the game but I can say I bowed out in grand style officiating in the Soweto derby, in front of a capacity crowd.

“SAFA has already requested me to take over as the national instructor in my region. I'll be more focused on the development of referees.

Mthetho began his career as a referee in 2006 and has been active for 13 years.

He said a four week ban for poor officiating in the 2015/16 campaign by SAFA referees' review committee is the low-light of his career.