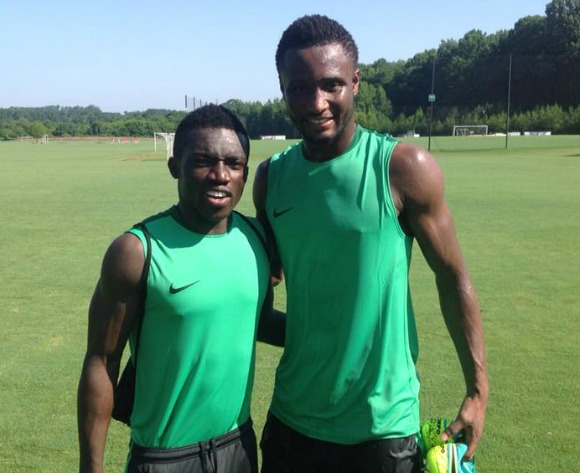 Nigeria skipper Mikel Obi and Itumeleng Khune are the two most established players at the Rio Olympics with 75 full international caps each.

Both players  are over-aged stars for their respective teams.

Mikel starred for the Nigeria U17 squad at the FIFA U17 World Cup in Finland in 2003, where the team coached by Augustine Eguavoen failed to reach the knock –out rounds.

In 2005, he was in the U20 squad coached by Samson Siasia and which won the Africa U-20 Championship in Benin Republic, before reaching the final of the FIFA U20 World Cup in The Netherlands few months later. The Flying Eagles were pipped 2-1 in that final by an Argentine team that included Lionel Messi.

The 29–year-old midfield enforcer won his first senior cap for Nigeria in a friendly against Libya in Tripoli on 17th August 2005, and would then score a brilliant goal against Zimbabwe at the Africa Cup of Nations in Egypt the following year as Nigeria scooped bronze.

Mikel also scored at the Africa Cup of Nations in Ghana in 2008, though the Super Eagles were eliminated in the quarter–finals. The same year, he opted out of Nigeria’s squad to the men’s football tournament of the Olympics due to club commitments.

Two years later, Obi also missed the FIFA World Cup in South Africa as a result of injury, despite playing a huge role for the Eagles in qualifying.

The Chelsea star was key for Nigeria as the Super Eagles won the Africa Cup of Nations in South Africa, and also starred at the FIFA Confederations Cup in Brazil (where he scored against Uruguay).

Mikel was also impressive for Nigeria in the 2014 FIFA World Cup qualifying series, and played in all four matches for the Super Eagles in Brazil.