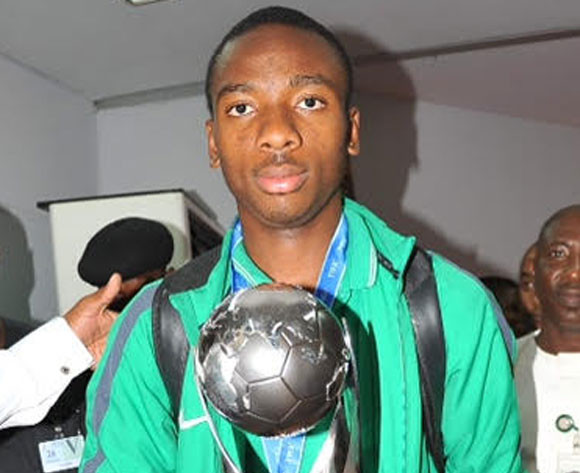 Nigeria youngster Kelechi Nwakali will sign a professional contract with English Premier League side Arsenal this afternoon by 3pm.

The Flying Eagles captain is in London accompanied by his mother and older brother Alwell.

He is expected to sign at the Arsenal training ground.

The promising midfielder signed a pre-contract when he visited The Emirates in January as he was still a minor and as such could not sign a professional contract.

However, in June the MVP of the 2015 FIFA U17 World Cup in Chile attained the age of 18, which permits him to now bag a pro deal.

He is expected to sign a long-term contract with the possibility of Arsenal shipping him out on loan pending the issuance of a work permit for him.