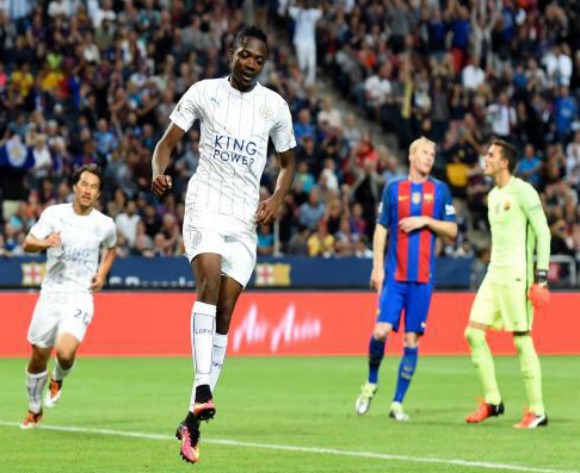 Ahmed Musa has said he hopes to score more goals for new club Leicester City after he fired a double against Barcelona in a pre-season friendly on Wednesday.

Leicester record signing registered his first goals for the English champions in the 48th and 66th minutes after the Catalan giants raced to a 3-0 lead by the interval.

The Jos-born star said the goals are a sign of the great time he will enjoy with the EPL kings.

"I am very happy to score two goals against Barcelona, even though I was also disappointed that we lost the game,” Ahmed Musa told AfricanFootball.com

"The goals are a signal of more good times and goals to come.

“I will continue to work hard to get as many goals as I can for the team."