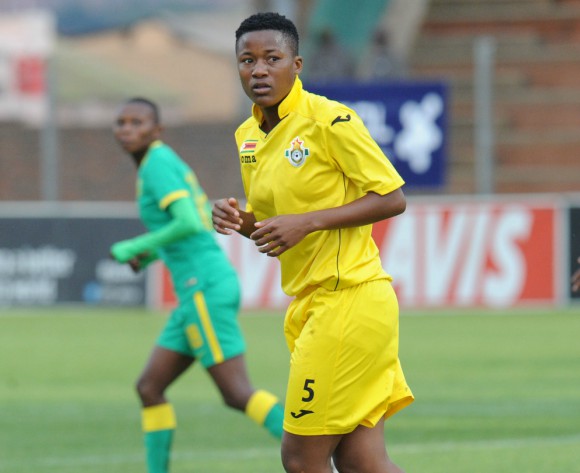 The Zimbabwean women’s football team were handed a 6-1 thrashing by Germany in their opening Olympic Games Group F match at Arena Corinthians in Sao Paulo on Wednesday night.

The Mighty Warriors put in a brave performance and got the biggest cheer of the night when Kudakwashe Basopo scored in the 50th minute, but ultimately they were well outclassed by a far more experienced and organised German side.

The Europeans claimed a 2-0 lead in the first half thanks to headed goals from Sara Dabritz and Alexandra Popp – little surprise given their significant height advantage over the Zimbabweans.

The African side pulled a goal back through a cool finish from Basopo early in the second half, but Germany reclaimed a two-goal advantage soon after when Melanie Behringer scored superbly direct from a long-range free kick.

Behringer netted her second in the 78th minute when she squeezed a shot under the body of Zimbabwe’s goalkeeper after initially seeing her penalty saved, before Melanie Leupolz netted Germany’s fifth with an easy, close-rage finish.

The sixth and final strike was an unfortunate own goal from Zimbabwean defender Eunice Chibanda, who headed a cross beyond her ‘keeper in trying to clear.

Zimbabwe’s next Group F clash is against Canada on August 6 in Sao Paulo.