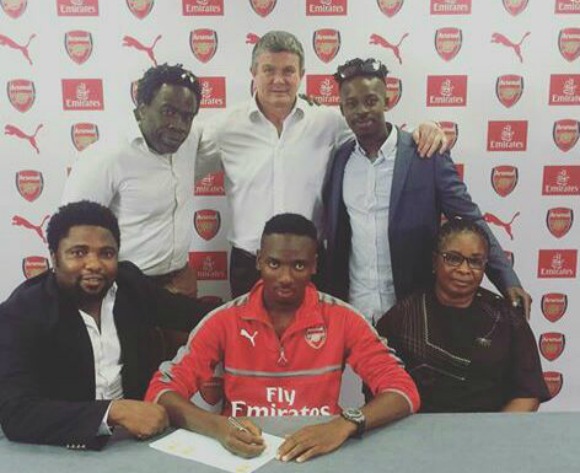 Diamond Academy of Umuahia has hit a jackpot by netting a total of 2.5 million pounds following the transfer of Nigeria youngster Kelechi Nwakali to Premier League club Arsenal.

Diamond Academy was paid 10%of that sum when the deal was first agreed and will be paid the balance any time from now after the player’s International Transfer Certificate (ITC) was transmitted to the England FA.

“It’s a massive payoff for Diamond Academy,” a source familiar with the transaction told only AfricanFootball.com

Nwakali, 18, has signed a five-year contract at The Emirates, but the Premier League club have announced he willsoon be shipped out on loan to gain experience.

The versatile midfielder was the MVP of last year’s FIFA U17 World Cup in Chile, which Nigeria won.