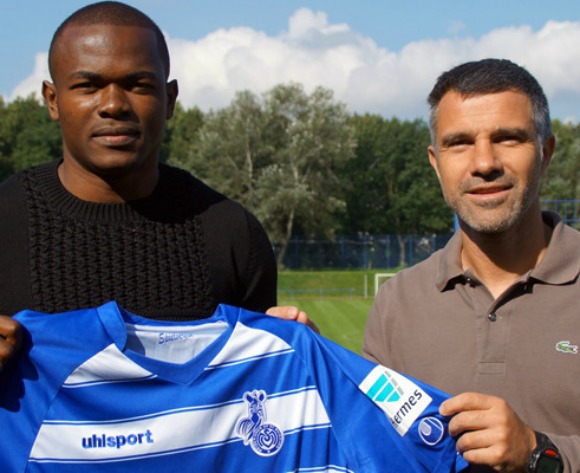 Nsofor presented by Bundesliga club Darmstadt. He will miss the first four games of his new team in the new season

Nigeria forward Victor Obinna Nsofor will miss the first four games of his new German Bundesliga club SV Darmstadt 98 after he was sent off in his former club’s last game of last season.

Nsofor is therefore ruled out of a German cup game on August 21 against Bremer SV as well as Bundesliga games against Cologne (away), Eintracht Frankfurt (home) and Borussia Dortmund (away).

In May, Nsofor saw red in the 89th minute of a crucial Bundesliga 2 match for MSV Duisburg against Wurzburger Kickers.

Duisburg lost the game at home 2-1 and were relegated to the third division.

Darmstadt coach Norbert Meier has said he is delighted to sign “a good and experienced player who has played for some big clubs”.