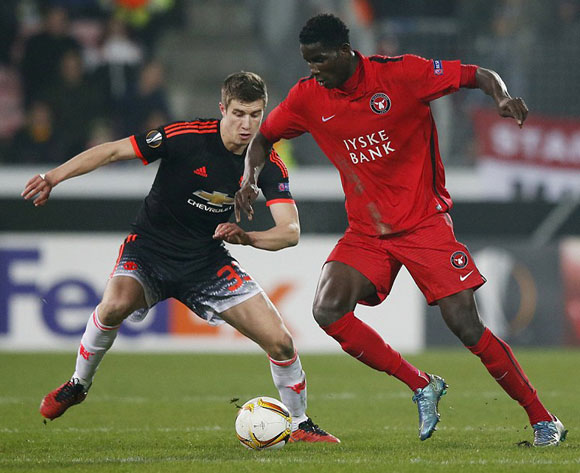 Former Nigeria U23 invitee Paul Onuachu was among the goals as his Danish club FC Midtjylland drew 3-3 at home with Brondby.

Onuachu scored in the 66th minute to take the game to 1-1 after coming on as a 55th minute substitute for Kristoffer Olsson.

His compatriot Rilwan Hassan was also a 55th minute substitute for Mikkel Duelind.