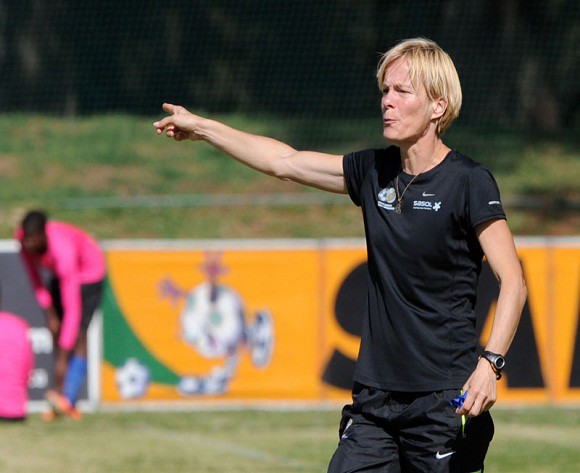 Banyana Banyana coach Vera Pauw said she was “gutted” by her team’s 2-0 loss to China on Saturday which knocked them out of the Women’s Football tournament at the Olympic Games.

Having narrowly lost their opening clash against Sweden 1-0, South Africa came into their second match against the Chinese full of hope, but they conceded a goal toward the end of each half to go down 2-0 at the Olympic Stadium in Rio de Janeiro.

"I am very gutted and disppointed. If we had played our game it would have been a different story, both games were in our hands but we gave them away,” Pauw said after the match, as quoted by SAFA Media.

“In a few days’ time I will be proud of what we did because we have grown so much and performed so well against top teams, that is something we should compliment the players for and of course my hardworking staff, but at this moment I am gutted. We had a very good first half but we were not happy with the second half.”

The Banyana coach added, “We highlighted at half time that we have to play the space behind the defence, I think we tried to force it, instead of playing our own game.

“This is a match we could have won in the first half had we scored. It would have been a different game because you can defend an advantage instead of having to hunt for a goal, and everyone knows that being ranked on 52nd in the world, that is very difficult.

“It was a very unfortunate loss against Sweden and then not scoring one of the great four chances in the first half meant we could not proceed, it’s very disappointing.”

South Africa will wrap up their campaign with a clash against hosts Brazil in Manaus on Wednesday morning, kick-off is set for 03h00 CAT.