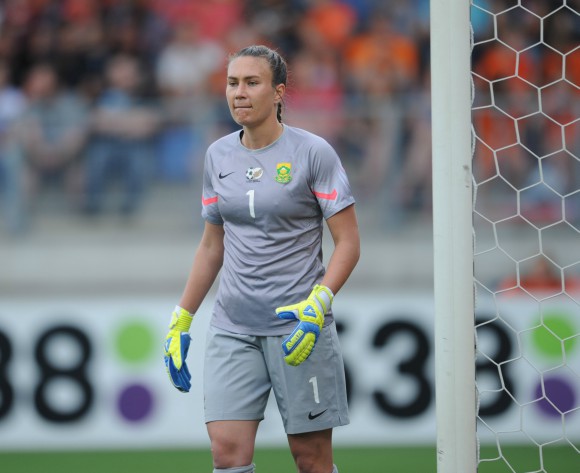 Following their disappointing run in the 2016 Rio Olympics in Brazil, South African Women's team goalkeeper Roxanne Barker has issued an apology to the nation.

Speaking after their 2-0 loss to China on Saturday night, Barker expressed disappointment in how they played as a team.

Although she was voted as the Woman of the Match, she described the feeling as painful following their second successive defeat at the tournament.

“It hurts to be named best player of the match, but we still lose the game. We tried our level best but it was not good enough," said Barker.

"We apologise to the people back home.

“We still have a long way to go in our game. We still lack the necessary maturity needed to compete against the best teams at the highest level.”

Vera Pauw's charges are yet to register a victory in the tournament after losing to Sweden last week and they're out of the race to qualify for the knockout stages.

The coach added that they must find motivation against the host nation and she acknowledged that the match against Brazil will not be an easy assignment.

“We will do everything we can to get a positive result, that means we will try to win but also bear in mind they were three nil up against Sweden in the first half without any effort,” adds Pauw.

"It will be very difficult because they are the most mature team I have seen, and also most professional, I haven’t seen any weak points in their play so it’s going to be a tough one but we will give it our all.”

Banyana Banyana occupy bottom spot in Group A with zero points,but will want to finish on a high when they meet the hosts on Wednesday.