Rohr: I have the heart of a winner 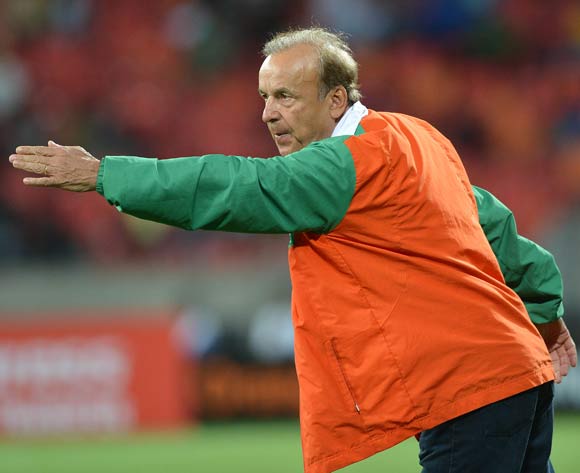 New Nigeria coach Gernot Rohr has admitted his new job is a big challenge, but he is fully equipped because he has “a heart of a winner”.

The 63-year-old Franco-German has been handed a two-year contract with the main task being to qualify Nigeria to the 2018 World Cup in Russia.

Rohr has handled the national teams of Gabon, Niger and Burkina Faso, but this is most certainly his biggest job in Africa.

“I am enthusiastic to get to work. This is a big challenge,” he admitted.

“Nigeria have big players everywhere and have the ability to do well internationally.

“I have the heart of a winner.

“I’ve confidence that with right atmosphere, support, Nigeria have capacity, not only to qualify for the World Cup, but also reach the later stages.”

The former Bayern Munich defender is expected to be involved in next month’s dead-rubber AFCON qualifier at home against Tanzania, before Nigeria begin their qualifying campaign for Russia 2018 in Zambia on October 3.

Algeria and Cameroon are the other teams in a tough qualifying section, which will produce only one team for the World Cup.