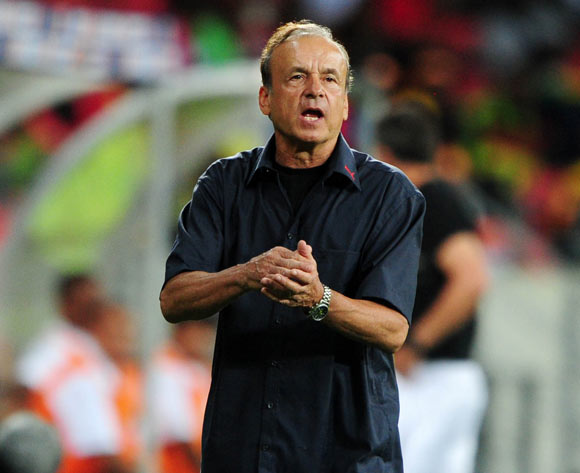 Newly appointed Nigeria coach Gernot Rohr will hit the ground running when he flies out to Spain to watch the NPFL All-Stars feature in an invitational tournament.

Rohr is scheduled to embark on VIP scouting immediately, which includes flying to Spain to watch the NPFL All-Stars play against Atletico Madrid and Malaga in Cadiz on Friday, in the Trofoe Carranza tournament.

The Nigeria Football Federation and Rohr signed a two –year contract Tuesday that will see the former Gabon, Niger and Burkina Faso coach work as technical adviser of the Super Eagles.

Pinnick disclosed the former German defender, who also coached top French club Girondins Bordeaux and elite Tunisian side Etoile du Sahel, has been handed a target of qualifying the Super Eagles for the 2018 FIFA World Cup finals in Russia.

“We are happy that this has been sealed and we can now focus on other arrangements for the 2018 FIFA World Cup qualifiers starting in October,” said Pinnick.