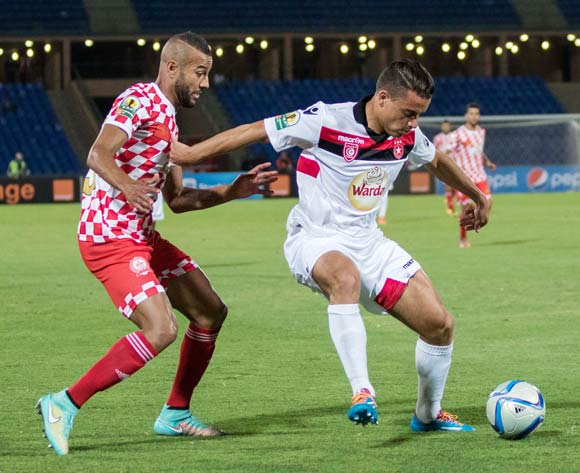 Etoile Sahel earned a comfortable victory on their CAF Confederations Cup, Group B match on Friday night after beating Kawkab Marrakech 3-1 at the Stade Olympique de Sousse in Tunisia.

The win sees Etoile Sahel up to 10 points in Group B and in second place, a point behind FUS Rabat who drew 1-1 with Al-Ahly Tripoli earlier on Friday night.

Both Etoile Sahel and FUS Rabat have now qualified for the semifnals of the competition with one game to spare in the group stage.

Kawkab Marrakech, on the other hand, are currently placed third in Group B with six points and are unable to qualify for the knockout stages in the CAF Confederations Cup.

The home side started positively and made their pressure tell in the 16th minute when Mohamed Iheb Msakni handed Etoile Sahel a 1-0 lead.

Three minutes later Hamza Lahmar doubled the home side’s lead to give them a firm strangle-hold on the game, 2-0.

Despite dominating the rest of the half Etoile Sahel could not add to the goal tally before the break.

A minute into the second half, however, and Mohamed Iheb Msakni did find his second of the night to hand Etoile Sahel a 3-0 lead.

Kawkab Marrakech did try find their way back into the game and managed to find a consolation goal courtesy of Ahmed Chagou just after the hour mark, but it was not enough for the Moroccan side who suffered their third loss in Group B.

Kawkab Marrakech are next in action at home on August 23 against Al-Ahly Tripoli while Etoile Sahel are away to the group leaders FUS Rabat on the same date.