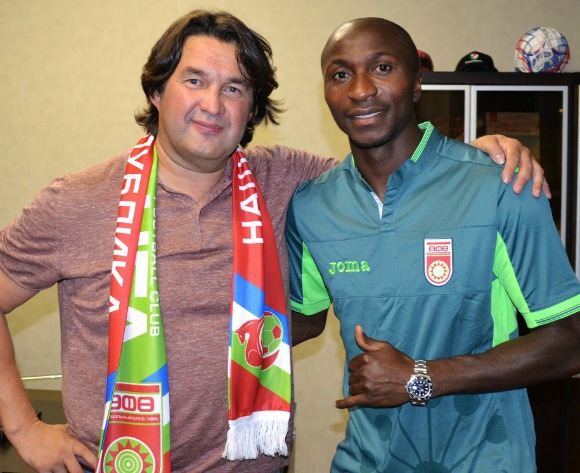 The Jos-born striker left Czech Republic Sparta Prague for the Russian club and he is expected to lead the Ufa attack this season.

The former JUTH FC striker was a star for Sparta Prague as he scored eight goals on 24 league games.

He has previously played in Romania for Farul Constanta and Astra Giurgiu, Club Brugge in Belgium.