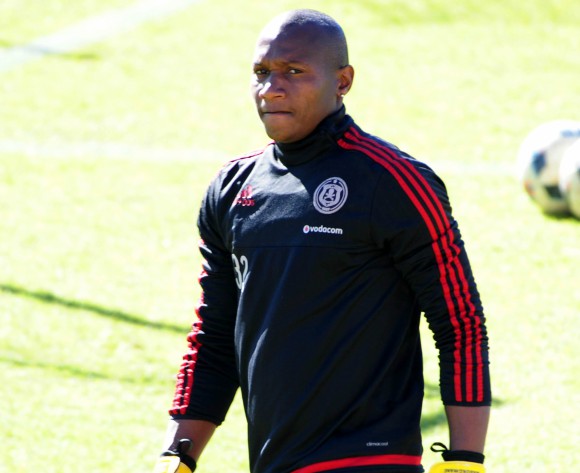 
New Orlando Pirates goalkeeper Jackson Mabokgwane has revealed that it is a dream come true to play for the Soweto giants as he grew up supporting them.

Mabokgwane was the number one keeper for Mpumalanga Black Aces before the arrival of Shu-Aib Walters from Maritzburg United at the beginning of the previous season.

However, after AmaZayoni were sold to Cape Town City FC boss ,John Comitis, the Bafana Bafana shot-stopper made his switch to the Soweto giants.

The 28-year-old was speaking to reporters after their 3-1 win over Platinum Stars in the Maize Cup final, in Rustenburg on Saturday.

“We need to get organised and correct what the coach needs from us, we kept a clean sheet against Stars and it's not about me,” said Mabokgwane.

“We need to remain a united and ensure we achieve our goals...of course we are a team as keepers, whoever starts must support the other guys.

“Yeah of course it helps to have previously worked with the coach [Muhsin Ertugral] because I know what he wants and not only from me, for all the players and I have been helpful [to help transfer whatever he needs] where I can.”

The former Bidvest Wits keeper also revealed how he ended up joining the 1995 CAF Champions League winners, adding that they have always showed interest in signing him.

“Look, I was a player for Aces and I signed for Pirates, City wanted to keep me but I had already made up my mind, Pirates contacted me first and they engaged me even before the end of the previous season,” the keeper added.

“Like I said, it's a great honour to be part of this club and from a young age I've been a Pirates supporter and it's now a dream come true that I'm here.

“I'm looking forward to a great season and many seasons to come.”

Ertugral's men will get their 2016/17 Absa Premiership campaign underway against Golden Arrows at Orlando Stadium on Wednesday August 24.