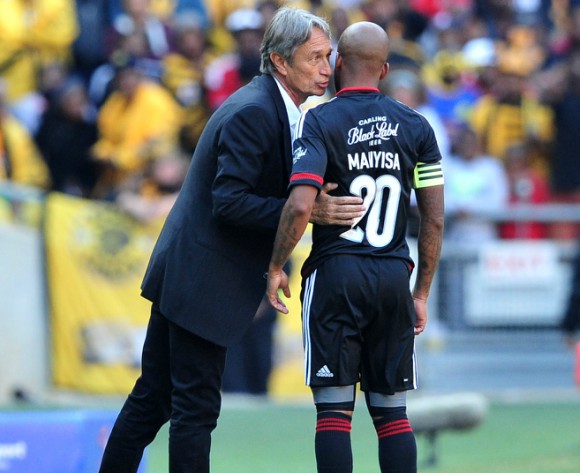 Orlando Pirates coach Muhsin Ertugral has hit back at reporters and supporters, saying there is no need to panic yet.

The Soweto giants mentor was reacting to a reporters question following their 3-1 penalty shoo-out win over Platinum Stars in the Maize Cup final on Saturday at Moruleng Stadium.

Despite creating a number of chances; the Buccaneers failed to convert any and the match duly ended in a dull 0-0 draw before they sealed victory via penalties.

The former Ajax Cape Town and Mpumalanga Black Aces boss hit back at the media saying they must try to come up with positive questions, because he has a good team

"I think we need to be a little bit positive in how we say or see things because I'm not concerned with how many chances we created and how many we scored," said Ertugral.

"This is a pre-season and I'm not concerned at all but you also need to ask positive questions,why all the time do you come up with negative questions?

"For now it's about how many goal chances you create, in the second half, we had five chances, these things will come right.

"It's pre-season, the legs are tired, they train hard and it's not about watching the game from outside, watch the game inside and you will see what I'm talking about.

"I'm not concerned at all, this team is a great team," he concluded.

The Turkish-born mentor is now hoping to finalise their preparations ahead of their clash against Golden Arrows in their 2016-17 Absa Premiership opener next week Wednesday, August 24.