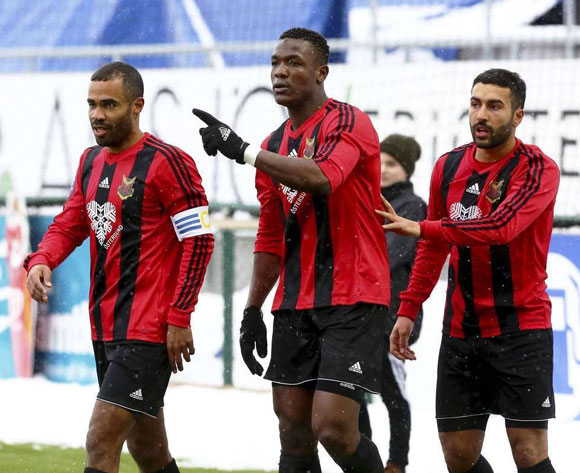 Nigeria striker Alhaji Gero has told AfricanFootball.com he was left “paralysed with shock and fear” after the goalkeeper of his Swedish club was attacked by a fan on Monday.

Ostersunds goalkeeper Aly Keita was attacked on the head by a 17-year-old masked fan and could not continue the Swedish league game at Jonkoping Sodra.

Visiting Ostersunds were drawing 1-1 and the Swedish authorities said the game will not be restarted.

“We were left paralysed with shock and fear after our goalkeeper was attacked by a fan during our game on Monday,” Alhaji Gero told AfricanFootball.com

“But good enough the fan has been arrested.”

Gero started the game but was later forced out due to injury.