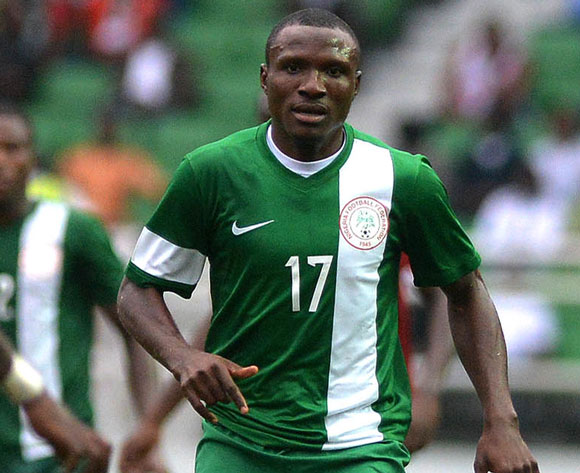 Germany lead African champions Nigeria by a lone goal by halftime in a second Rio Olympics semi-final in Sao Paulo.

The Germans have dictated the pace of this game and deserved their lead after nine minutes through big defender Lukas Klostermann, who steered home a low cross from the right.

However, Nigeria were gifted a big chance by the German goalkeeper to equalize three minutes later when his poor clearance fell to Sadiq Umar inside the box, but he somehow blocked the effort.

In the 20th minute, Nigeria goalkeeper Emmanuel Daniel made a point-blank save off Lars Bender to keep his team in the game.

And on half of the hour, Sadiq Umar and then Mikel could not capitalize on another slip by the German defence.

But Germany create the better chances in the first half – skipper Meyer saw his shot from outside the box miss target not by much and two minutes later, Selke’s shot from top of the box was firmly held by the Nigeria goalie.

In the 42nd minute, Selke failed to get a good touch to another low cross from the right with Troost-Ekong breathing down his neck, before Gnabry failed to make the most of another good chance minutes later.

In first half stoppage time, Sadiq Umar put Aminu through on goal, only for a German tackle right inside the box put the ball out for a corner.