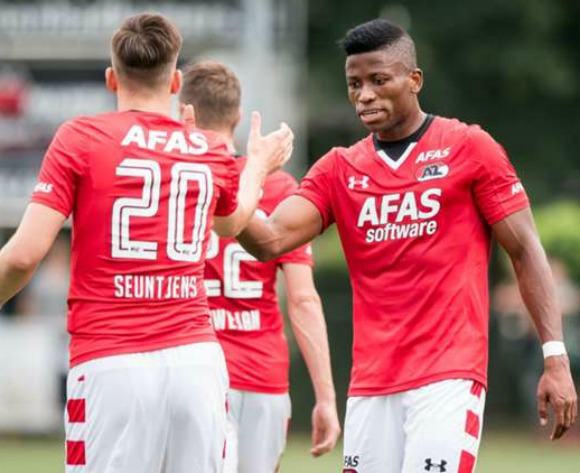 AZ are now just a match away from featuring in the group stage of the Europa League.

The 21-year-old Friday, who joined AZ this summer from Norwegian club Lillestrom, was on target in first half stoppage time as the Dutch club ran away with healthy lead going into next week’s return leg at home.

Kayode was booked in the 72nd minute and replaced on the stroke of full time.