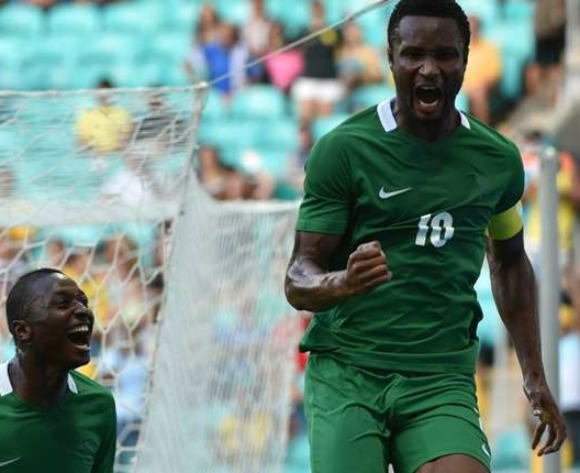 Twenty years after Nigeria made history by becoming the first African country to win Olympic football gold in Atlanta, they are today in line to clinch a “golden” bronze at the Rio Olympics.

It will be a “golden” bronze for Nigeria as this may well be the only medal the 85-strong contingent to Rio 2016 will come away from Brazil after hopes in wrestling and athletics went up in smoke.

That is an improvement on the country’s showing in London four years ago, when the contingent did not medal.

But even the bronze in the football event is not guaranteed for “Giant of Africa’ Nigeria as they will have to battle the surprise packet of the tournament Honduras to get on the podium.

The Central Americans are in the losers’ final after they tore apart the form books by going through a qualifying group that included 2008 Beijing Olympics champions Argentina, Portugal and Algeria.

In the quarterfinal they upset London 2012 bronze winners Korea 1-0 to qualify for the semi-finals against hosts Brazil, where they suffered a heavy 6-0 hammering with heroic goalkeeper Luis ‘Buba’ Lopez badly exposed by the firepower of the Samba stars.

The 22-year-old ‘Buba’ was his country’s third-choice goalkeeper at the 2014 World Cup, also in Brazil.

He was outstanding in the group game against Portugal which they lost 2-1, before his out-of-this-world performance against Korea in Belo Horizonte, where his team will again do battle for a place in history with Nigeria.

“Every player is important, but we have to be thankful to Buba,” said coach Jorge Luis Pinto, not a man noted for singling out individual players for praise, after the Korea match.

“He was special tonight, extraordinary, and I told him so. Part of this is his. With a great goalkeeper we can do great things."

It is this man Nigeria will now hope to beat to complete their collection of Olympic medals having won Gold in 1996 and silver in 2008.

Coach Samson Siasia, who led the country to the Gold medal final in China eight years ago, has said he will be happy to settle for third place in Brazil.

He said: “We still have something to play for. We didn’t deserve to win against Germany with the way we played, so we should just forget about it and look forward to the next one and at least we will try to have the bronze medal going back home.”

Siasia will welcome back from suspension defensive midfielder Azubuike Okechukwu, who was sorely missed against Germany in the semifinal, and there is a remote chance the team’s leading scorer Oghenekaro Etebo could pass a late fitness test to add to the firepower of the African champions.