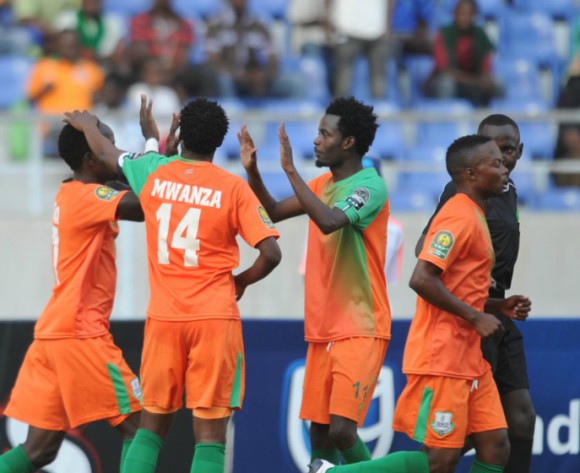 Clatous Chama of Zesco celebrates a goal with teammates

Zambia’s Zesco United will look to steal first place in Group A of the CAF Champions League when they host Morocco’s Wydad Casablanca at the Levy Mwanawasa Stadium in Ndola on Wednesday, kick-off at 16h30.

Zesco come into the clash placed second on the standings, having claimed eight points from their five group matches thus far.

The Southern Africans sealed their place in the semifinals earlier this month when they claimed a 2-2 draw away to Egyptian giants Al Ahly. Zesco twice claimed the lead through Jesse Were before being pegged back by the North Africans, but the stalemate was enough to guarantee a top-two finish.

Wydad, meanwhile, top the group with 10 points. Their 2-1 home win over ASEC earlier in August – courtesy of goals from Abdeladim Khadrouf and Fabrice Ondama – has taken them into the semifinals and put them on the verge of securing top spot.

A draw in Ndola would be enough for the Moroccans to finish first, while Zesco must win if they are to take spot from their North African opponents.

The teams’ first meeting in the group took place in late June and saw Wydad claim a 2-0 home win over Zesco in Rabat thanks to goals from Walid El Karti and a David Owino own goal.

Botswana referee Joshua Bondo will officiate the match in Ndola.