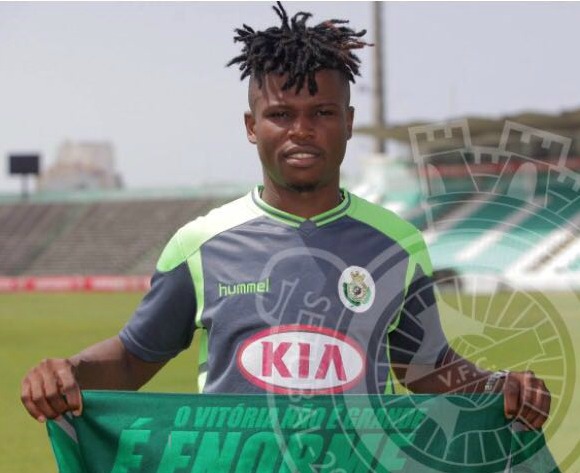 Nigeria midfielder Mikel Agu has told AfricanFootball.com he is delighted he helped Vitoria Setubal secure a draw with Benfica in a Portuguese league game at the weekend.

Visitors Benfica could only force a 1-1 draw at Setubal.

Agu, who is on loan from FC Porto, played the entire game for Setubal and said he hopes to continue to clock more playing time before he heads back to his parent club at the end of the season.

“It’s good to be playing regularly and getting results for my new club,” Agu told AfricanFootball.com

“I believe that before long I will regain the form that made Porto to give me a contract.”

The home draw meant Agu has yet to lose to Benfica.

“It would have been great to have won the game, but at least I am yet to lose any time I have played against Benfica,” the defensive midfielder told AfricanFootball.com