Yobo signs for Kano Pillars, may debut vs Sunshine Stars 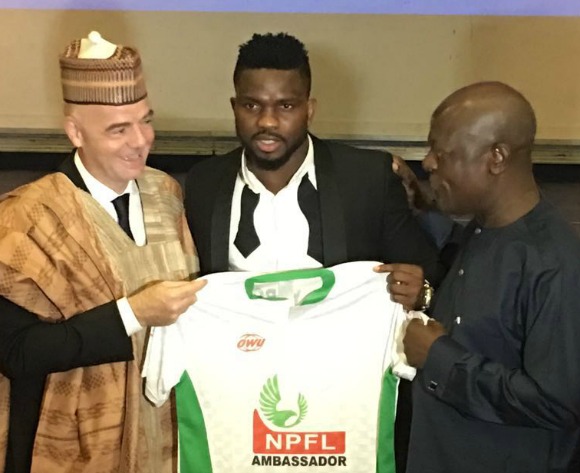 Former Super Eagles skipper Joseph Yobo has signed for Kano Pillars as an LMC Ambassador and could make his debut at Sunshine Stars next week Wednesday.

Four-time champions Pillars, IfeanyiUbah, Akwa United and Wikki were all in the race to sign the former Nigeria skipper Yobo, who won 101 caps with the Super Eagles.

Ex-Everton star Yobo, who will be 36 next month, signed a deal with the League Management Company (LMC), which will see him feature in the domestic league as a way of promoting and adding value to the competition.

The central defender has previously played for Turkish giants Fenerbache, Olympique Marseille in France as well as Norwich City in the Premier League.