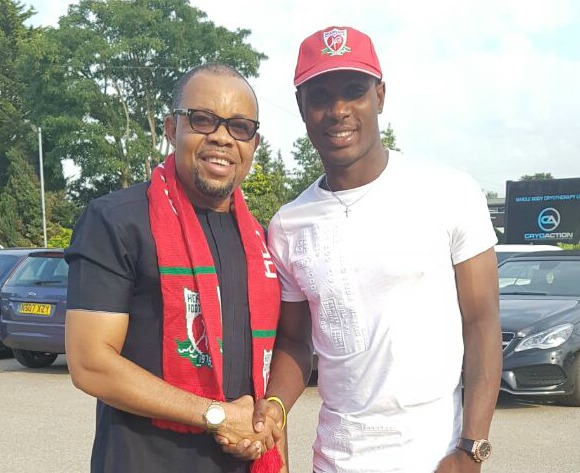 Heartland chairman Chibuzor Goodfaith Etuemena has visited Watford with a view of partnering with the English Premier League club.

The Nigeria league club boss, who has been on a tour of Europe for partnerships with Heartland, said he had positive deliberations with the chairman of Watford alongside the sporting director.

The partnership with Watford will bring the English club to Owerri to oversee the Heartland feeders’ team among other technical and capacity building arrangements to assist the club.