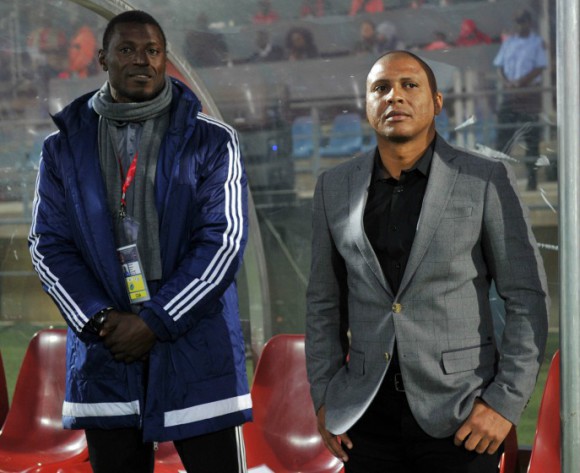 
As they get ready to face Senegal in a 2017 CAF Africa Cup of Nations qualifier, Namibia coach Ricardo Mannetti says he wants revenge.

The two nations will meet in a crucial encounter in Senegal on September 03 with the Brave Warriors having lost 2-0 in the first leg in Windhoek.

The Group K encounter is set to be hosted by the Lions of Teranga and the Namibian side is reported to be preparing for the tie.

Quoted by the Namibian Sun website, the former Brave Warriors midfielder said the game will give them a chance to make history.

“I believe in defying the odds and this game gives us a chance to better history,” said the coach.

“Senegal has been dominant over our team and we now have a chance to go there and make sure we do better than the last time we lost 2-0 at home against them.”

Furthermore, the coach added that his side has the best chance of competing with the inclusion of defender Chris Katjiukua and goalkeeper Virgil Vries in his 20-man squad.

In the squad, there is also place in the team for injury returnees Da Costa Angula and Petrus Shitembi.

On the other hand, the coach states that he is waiting for Willem Nwedihanga who was rested and will now indicate his willingness to play.

“Chris and Virgil have shown remorse and they are back but I must reiterate that we will not tolerate any ill-discipline in this team,” Mannetti adds.

“90% of the players I have are from the Cosafa team and all these players lack match fitness.

“I have been in contact with the coaches where they are training and hence I start now with intense training before heading to Pretoria to the High Performance Centre before we depart for Dakar. Project 2019 officially continues now.

“Willem is still to come back to me and inform if he is ready to play. He was tired last time out and we respected his decision.”