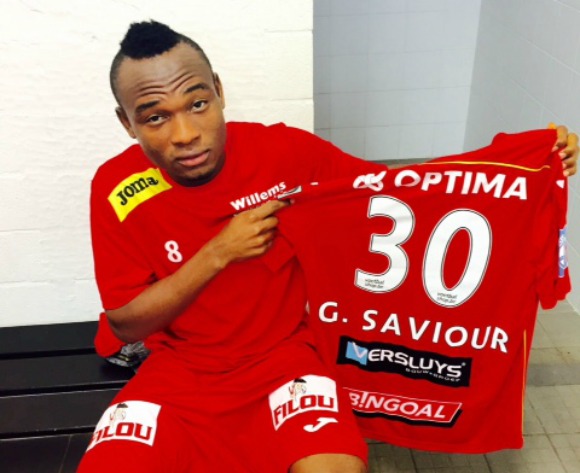 Godwin Saviour back in Belgium

Nigeria U23 star Godwin Saviour has jetted out of the country to complete a transfer to KSV Roeselare after his loan deal at another Belgian club, KVO Oostende, was not extended.

The 20-year-old Saviour is expected to seal a contract of three years with an option for an additional year with the Belgian first division club after a routine medical.

“This option will allow him to play regularly. He will prove himself and from there move on to bigger things,” said the player’s intermediary Bertram Ekenwa

“We believe he will take his chances with this new opportunity.”

The forward flew out of Abuja Thursday night via Frankfurt to Belgium to finalise the switch.

Last season, Saviour made six appearances and scored a goal on his debut at Waasland-Beveren last September while on a season-long loan at KVO from FC Sports.

The former Nigeria U17 and U20 forward was one of the players placed on standby for the recent Rio Olympics.