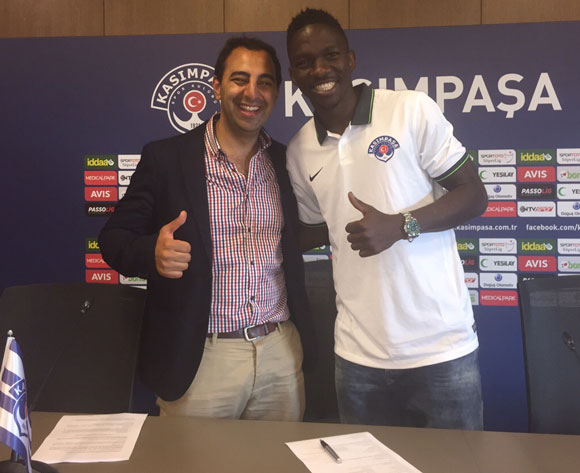 Omeruo was on loan at Turkish club Kasimpasa last season

Several clubs are keen to take Chelsea defender Kenneth Omeruo on loan as his switch to Turkish champions Besiktas has stalled, but the Nigeria star’s weekly wage of 15,000 pounds has scared them.

Omeruo, 22, was expected to have long joined Besiktas on a season-long loan from Chelsea with the option for the Turkish club to then buy him permanently thereafter.

However, this arrangement has since stalled with the transfer window closing across Europe Wednesday night.

However, a top source disclosed Omeruo has not been short of suitors with the major snag though being his salary, which Chelsea insist any club will have to take up during the loan deal.

“Besides Besiktas, several clubs especially in Turkey and Spain are interested in signing Kenneth, but what has held them back is that they cannot afford his weekly salary,” said the source.

La Liga outfit Celta Vigo were among the clubs who have enquired about the defender.

Chelsea are willing to ship the central defender out on loan, but will also be open to sell him should a club meet their 5 million Euros valuation of the player.

He has already been on loan at Dutch club ADO Den Haag, Middlesbrough and Turkish club Kasimpasa.