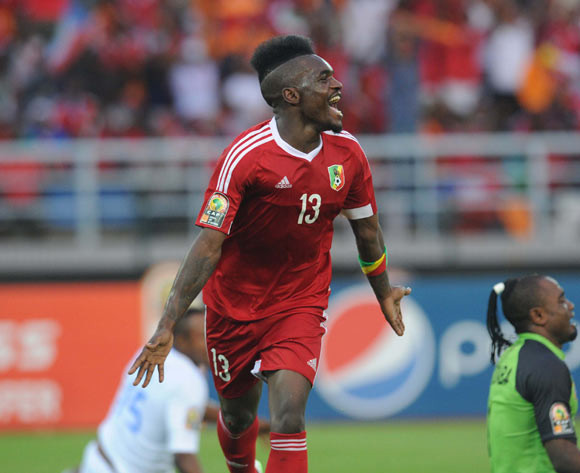 Thievy Koulossa Bifouma of Congo celebrates his team second goal during of the 2015 Africa Cup of Nations QuarterFinal match between Congo and DR Congo at Bata Stadium, Equatorial Guinea on 31 January 2015

Congo-Brazzaville will host Guinea-Bissau in their final 2017 Africa Cup of Nations (AFCON) qualifier at the Stade Municipal de Kintele in Brazzaville on Sunday.

The Red Devils of Congo have already failed to qualify for next year's AFCON finals after recording only one victory in five matches.

As a result they are placed second on Group E standings with six points (same as third-placed Zambia) - four behind leaders Guinea-Bissau.

Pierre Lechantre's side are hoping to end their qualifying campaign with a victory and also finish second on the group standings.

Djurtus have already won group E and booked their place in next year's AFCON finals in Gabon. They will be making their debut appearance.

A win over Congo, will see Guinea-Bissau finish the qualifying campaign with 13 points having recorded four wins out of six games.

Experienced referee Bernard Camille from Seychelles will officiate the game between Congo and Guinea-Bissau on Sunday.