Mali host Benin in top of the table clash 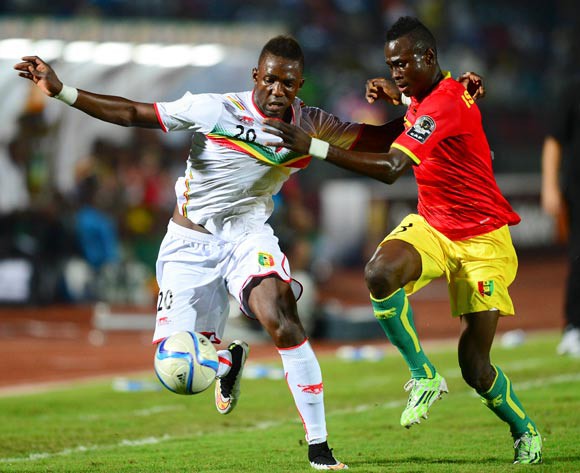 Modibo Maiga of Mali and Issiaga Sylla of Guinea during the 2015 Africa Cup of Nations football match between Guinea and Mali at the Mongomo Stadium in Mongomo, Equatorial Guinea on 28 January 2015

Mali will be out to maintain their dominance in the 2017 Africa Cup of Nations (AFCON) qualifying group when they host Benin at the Stade du 26 Mars in Bamako on Sunday.

The Eagles of Mali are one of the teams who have already booked their place in next year's AFCON finals which will be hosted by Gabon.

They are sitting at the top of Group C with 13 points from five matches. But Mali are only two points ahead of second-placed Benin.

Alain Giresse's side are eager to overcome Benin at home in the final group match and finish at the top of Group C.

Just like Mali, Benin are undefeated in the qualifying campaign thus far. They have recorded three victories and two draws.

Nicknamed the Squirrels, Benin held Mali to a 1-1 draw in their first Group C meeting in Cotonou. Stephane Sessegnon and Abdoulay Diaby netted for the respective nations.

A win over Mali, will see the Squirrels also book their place in next year' AFCON finals. They are currently leading the ranking of second-placed teams with a point.

Egyptian referee Gehad Grisha will be in charge of the Group C encounter between Mali and Benin on Sunday evening.