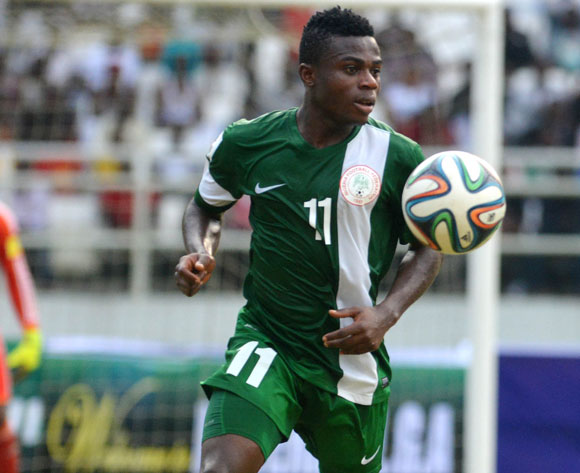 Gent forward Moses Simon has joined the Eagles training camp, but he is nursing a hand injury, according to team officials.

Simon became the 21st call up at the Eagles training camp in Uyo, but team spokesman Toyin Ibitoye announced he was delayed after a hand injury in his club’s last match.

“Moses Simon has joined us and there are now 21 players in camp. He was delayed by a hand injury,” Ibitoye disclosed.

“The two players we are still waiting for now are Kingsley Madu and Carl Ikeme.”

Madu has understandably been held back in Belgium after he completed his transfer to Zulte-Waregem from Slovak double champions AS Trencin.

The Eagles are using this match to prepare for next month’s 2018 World Cup qualifier in Zambia.