Ighalo tips Victor Osimhen to be great for Nigeria 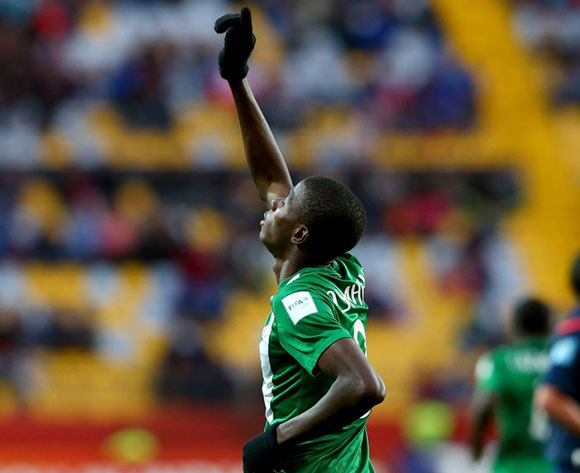 Watford striker Odion Ighalo has described Victor Osimhen as “the future of Nigerian football” after training with the exciting youngster this week in the Super Eagles training camp.

The 17-year-old Osimhen was a shock call-up by new Eagles coach Gernot Rohr for today’s AFCON qualifier in Uyo against Tanzania.

In January, he will sign a professional contract with German Bundesliga side Wolfsburg after he emerged record top scorer at last year’s FIFA U17 World Cup in Chile.

Ighalo has now tipped the young striker for bigger things.

“Osimhen is a good player. He is young, fast, very sharp, he is the future of Nigeria,” remarked an impressed Ighalo.

“I have watched him in training these past few days. He is a youngster who has confidence and he is not afraid to take on defenders.

“And With time and hard work, he will be one of Nigeria’s best strikers.”

Osimhen, who has already been capped by Nigeria U20s as well as the Olympic team, featured for the Eagles in Wednesday’s test match against Nigeria premier league side Akwa United.

He is now in line to make his Eagles debut against Tanzania today.