Senegal end on high as Namibia crash out of Afcon 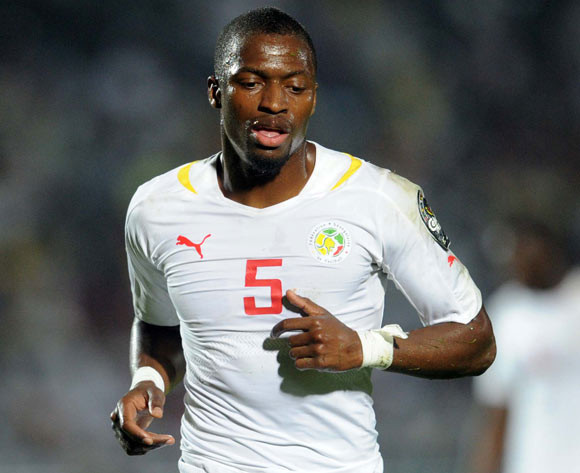 Papa Kouli Diop of Senegal during of the 2015 Africa Cup of Nations match between South Africa and Senegal at Mongomo Stadium, Equatorial Guinea on 23 January 2015

Goals from Mame Diouf and Balde Keita ensured Senegal defeated Namibia 2-0 in the a Africa Cup of Nations, Group K qualifier at the Stade Léopold Sédar Senghor in Dakar on Saturday night.

Following the defeat, Ricardo Mannnetti's side have failed to reach the continental showpiece in Gabon next year as they remain placed at number three with six points.

Despite having already reached the tournament next year, the Lions of Teranga managed to remain disciplined to fight for a win at home.

Coach Moustapha Seck's side now have 18 points after six matches as they claimed six points (over two legs) against the Namibians.

Senegal grabbed the lead in the 33rd minute when Keita found the back of the net, thus handing the hosts an added advantage.

Upon their return from the tunnel, the Brave Warriors of Namibia struggled to find their rhythm.

The hosts gained momentum in the dying minutes of the encounter as they probed for their second goal to kill the match.

In the 90th minute, Diouf scored the second to ensure the sealed the victory,