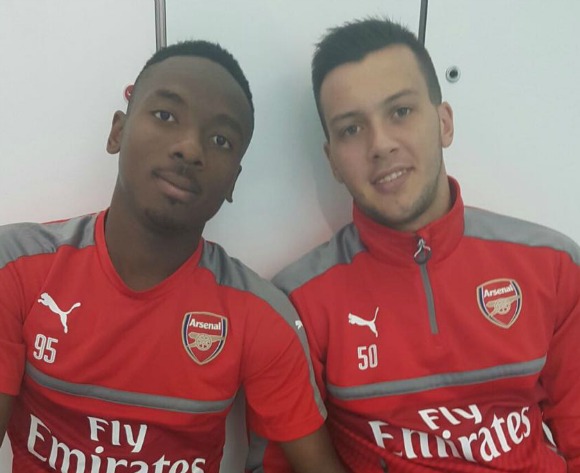 Kelechi Nwakali has said he hopes to follow Nigeria U17 and U20 teammate Victor Osimhen to the Super Eagles.

Osimhen was the record goal scorer at last year’s U17 FIFA World Cup in Chile, while Nwakali was voted the MVP of the tournament.

New Eagles coach Gernot Rohr has since called up Osimhen to the Eagles and Nwakali said he is hopeful the coach will soon consider him too for the full international squad.

"I congratulated Osimhen on his invitation to the Super Eagles, that would serve as an inspiration for me too since the new coach is ready to encourage young players for the national team," stated Nwakali, who turned 18 in June.

Arsenal have loaned Nwakali to the Dutch second division club MVV Maastricht for the rest of the season and the midfielder said he is looking forward to clocking good playing time there.

"I'm happy about the loan deal to  Maastricht since it would give me more playing time,” he said.

"I have been doing well at training since I joined Arsenal, but it is unfortunate they could not secure my work permit, so going to Maastricht is a step in the right direction for me."