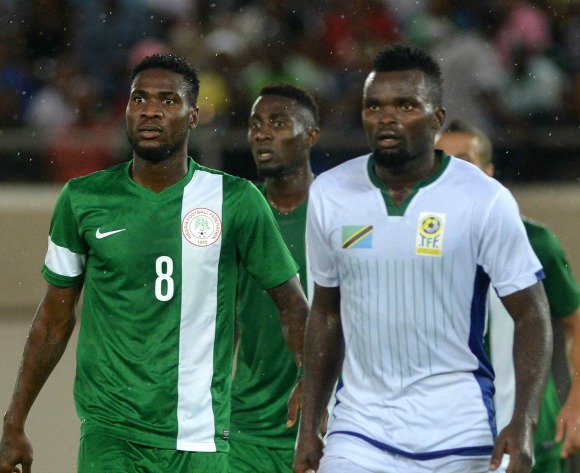 Olympiacos striker Brown Ideye has assured that the Super Eagles will have their shooting boots on when the 2018 World Cup qualifiers begin next month.

Nigeria barely sneaked past Tanzania with a late Kelechi Iheanacho scorcher on Saturday after they squandered a rash of chances.

However, Ideye said he believes the Eagles will be more clinical in front of goal beginning with an October 3 World Cup qualifier in Zambia.

“I believe we were a bit unlucky not to score more than the goal we got against Tanzania. But by the time of the World Cup qualifiers, we will be scoring many goals,” he said.

He also said he was pleased to return to competitive action with the Eagles.

“I am delighted to be back to the national team,” he said.

“It is the dream of every player to play for his country and hopefully, I will improve on what I did previously with the team.”

“I went to school in Ajegunle with Odion. I am happy for him that he is now doing well in the Premier League,” said Ideye, whose own time at West Bromwich Albion was not so successful.