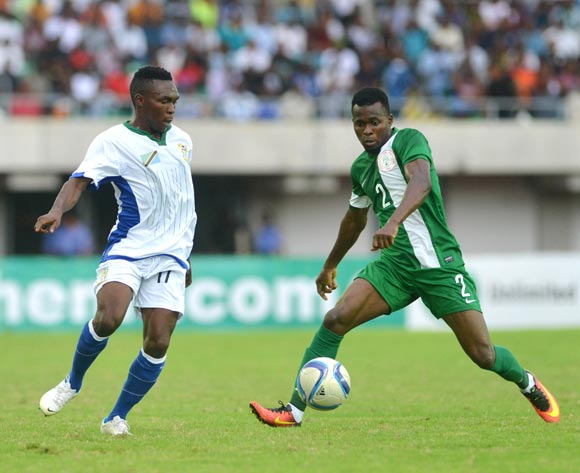 Nigeria coach Gernot Rohr has praised Musa Mohammed for posting a solid performance on his competitive debut against Tanzania at the weekend.

The Turkey-based defender started and finished Saturday’s 1-0 win over Tanzania in the Eagles problematic right fullback position, which has previously featured the likes of Godfrey Oboabona, Efe Ambrose and Shehu Abdullahi.

However, he was booked in the 25th minute for a late tackle.

“The player who made me proud was Musa Mohammed – he didn’t play like he was making his competitive debut,” remarked Rohr.

“To me, he was one of the many positives I saw in the game, he did very well and I am happy for him.”

Former Nigeria U17 and U20 skipper Musa had featured for the full international team in friendlies against Mali and Luxembourg in May.

Belgium-based defensive midfielder Wilfred ndidi was the other player who made his competitive Eagles debut against Tanzania.

He replaced skipper Mikel Obi in the 63rd minute.